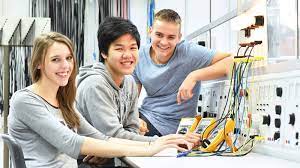 Toowoomba Region Mayor Paul Antonio has welcomed further falls in the Region’s unemployment figures that rank as the lowest in Queensland, in addition to a youth unemployment rate that has dropped below 10%.

Mayor Antonio said the release of the April 2021 unemployment data by the Queensland Government Statistician’s Office highlighted that the Region’s unemployment figures continued to head in the right direction.

Mayor Antonio said the Toowoomba statistical area’s April unemployment rate of 4.4%, down from 5% in March, was the lowest of the 19 areas across Queensland. It compares with Toowoomba’s most recent unemployment figures of 5.4% in February and 5.8% in January 2021.

The Toowoomba unemployment figure has fallen by 1.5 percentage points over the past year.

The average Queensland unemployment rate was 6.1% for April 2021.

“The youth unemployment rate hasn’t been as low in comparison to the general unemployment rate since late 2018. This means that young people effectively have twice the chance of finding employment in our Region now compared with their prospects back in March 2020.

“The Toowoomba area has seen the largest annual growth in employment across Queensland’s 19 statistical areas in April 2021 with an additional 11,500 people employed, which equates to 18% growth over the year. The state figure was a decrease of 0.1% over the same time.

“The April figures represent the fifth month in a row that the Toowoomba area had recorded the largest annual percentage growth in employment across Queensland.

“We’ve also seen a fall in the number of residents in the 15-64 age bracket who are eligible to receive JobSeeker and youth allowance payments. Around 8.2% of eligible people received payments, down from 8.8% in March.”

Mayor Antonio said continued investment and confidence from private enterprise across many different sectors of the Region’s economy, especially the current demand for building industry services, would underpin employment growth.