A Certainty in Certification 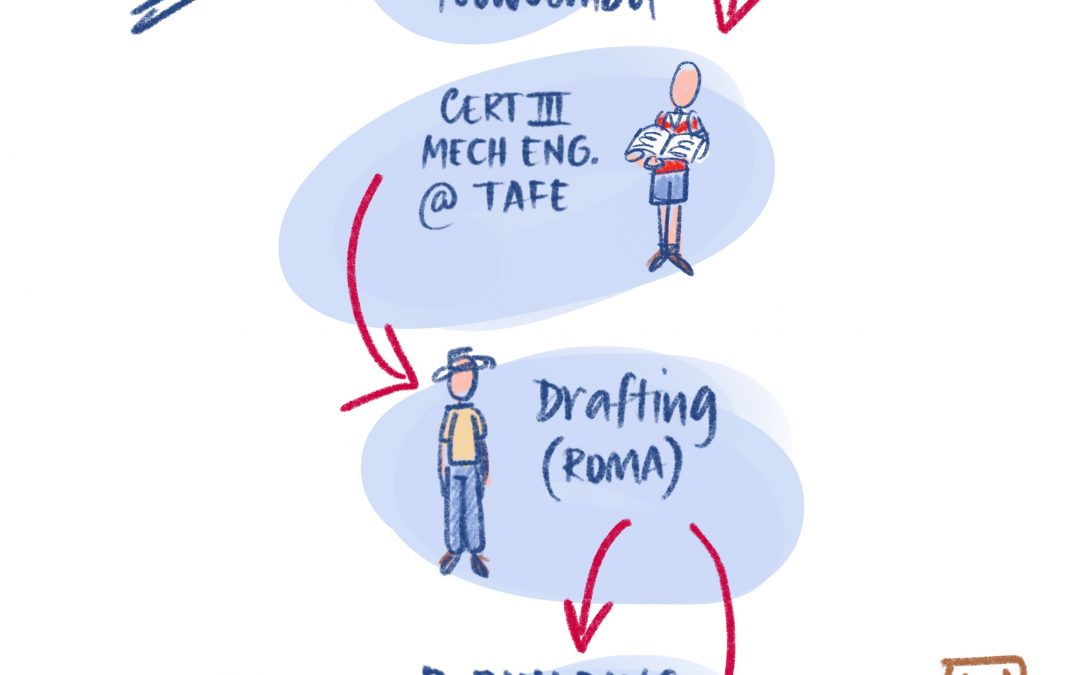 The Toowoomba Regional Jobs Committee is profiling locals who have reached milestones in their career via indirect and less obvious pathways. Through telling their stories, we hope to inspire people early in their own careers to explore different options and not be disheartened by setbacks.

Career advice from a respected mentor led Matthew, currently the Senior Building Certifier at Toowoomba Regional Council, to a long and rewarding career in local government.

Like many teenagers, Matthew didn’t know what he wanted to do when he left school in Toowoomba, but thought that maybe something in the engineering field would suit.

After completing some units of a Certificate III in Mechanical Engineering at TAFE in Toowoomba as an 18 year old, he accepted a structural drafting role out in Roma to start earning some money. Although he enjoyed the drafting role, a senior colleague in Roma introduced Matthew to the idea of becoming a Building Certifier.

Matthew knew he didn’t want an office job for the rest of his life and was always interested in the way things were built, so while he continued to work, he decided to study a Bachelor of Building Certification remotely (initially from Roma and then, after successfully applying for a cadetship at Toowoomba City Council, from Toowoomba). As a building certifier his work is about 50/50 – office work and field work, which suits him to a tee!

Matthew loves living and working in Toowoomba. He sees it as a big country town that is not too far from anywhere. He has also found working for Council to be a great lifestyle choice without the stress of private practice and with a lot of potential for continual learning and career progression.

The personal attributes that have made him successful in this career are:

“As a building certifier you are signing off on completed buildings, so you must also be confident and thorough and willing to take responsibility for your decisions.”

The role provides building approvals with reference to the current legislation, checking that the building activities have been completed by competent and licensed people. A Certifier also collects evidence that the construction has been undertaken in line with the approved designs.

Matthew stays up to date with the changes in the Building Code of Australia and the industry as a whole by attending regular conferences and courses (both as a presenter and a participant) and learning via online courses. He says that this career is particularly suited to people with a trade background who are looking for a change.